It’s holiday season. I want to share a joke with you. At the end of the joke there is a moral. I was looking for a business quote that would help add some colour to an article I was writing. I looked at all those little hardbacks I had collected over the years, checked out numerous websites on Google. Nothing suitable. I went into various bookshops and thumbed through the multitude of quotation books from all different walks of life.

Eventually, I stumbled across a book called ‘Jokes For Blokes’ by Llewellyn Dowd and Phil McCracken, ‘The Ultimate Book of Jokes, Not Suitable For Mixed Company.’ I couldn’t resist a quick peak, and stumbled across the following:

In the beginning was the plan.

And then came the assumptions.

And the assumptions were without form.

And the plan was completely without substance.

And the darkness was upon the face of the workers.

And they spoke among themselves, saying, ‘It is a crock of sh*t, and it stinketh.’

And the workers went unto their supervisors, and sayeth, ‘It is a pail of dung, and none can abide the odour thereof.’

And the supervisors went unto their managers and sayeth unto them, ‘it is a container of excrement, and it is very strong, such that none can abide it.’

And the mangers went unto the vice presidents and sayeth, ‘It is a vessel of fertiliser, and none can abide its strength.’

And the directors spoke amongst themselves, saying one to another, ‘It contains that which aids plant growth and is very strong.’

And the directors went unto the vice presidents and sayeth to them, ‘It promotes growth and is very powerful.’

And the vice presidents went unto the president, and sayeth unto him, ‘This new plan will actively promote growth and efficiency of this company, and certain areas in particular.’

And the president looked upon the plan and saw that it was good.’

And this is how sh*t happens.

Apologies for the slight irreverence and to those who have heard the joke before. It did make me laugh though.

The moral of the story is this:

One of the key elements of the creative process is the need for new stimulus. This often means digging around, searching far, searching wide. There is no guarantee that you will find what you are looking for. However, if you don’t, you might stumble across a small consolation that makes the journey somewhat worthwhile!!

If you want to find out how to gather stimulus of the more useful kind, contact: mark@wearecreativecreatures.com. 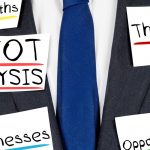 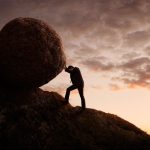 The long slog to ChristmasNews